An open day celebrating day of Knowledge (Yaoum El Ilm),16 april- Insaniyat journal at the service of the Scientific Research

Insaniyat journal at the service of the Scientific Research

QAADA SCIENCE : We know nothing and will never know it or we must know it : science and the quest for truth

"We know nothing and will never know it or we must know it: science and the quest for truth"

Round table : Editorial issues in Algeria: reality and perspectives

Publishing in Algeria has undergone profound changes since the country's accession to independence in 1962. Being at the crossroads of cultural policies and ideological imperatives, it has suffered at every moment of its evolution political and cyclical. The change experienced by publishing in Algeria has thus followed a long political path, made of alliances of circumstances or of necessity.
Editorial issues in Algeria pose the problem of books and reading at the heart of the debate. Indeed, the underlying issue of the publishing crisis is the lack of a public reading policy on the one hand and the general lack of interest in books on the other. The current situation of Algerian publishing prompts us to wonder about the general organization of the literary field. Bringing together the different publishing players, namely: authors, publishers, booksellers and readers, will allow us to have an overview of the real functioning of this sector with all that implies such as social, cultural and economic
It is also interesting to study public book policies in Algeria to check whether they are in line with the reality on the ground, as well as the steps taken by the book department of the ministry of culture and the few initiatives of the ministry in charge of women's and family affairs and the ministry of national education. 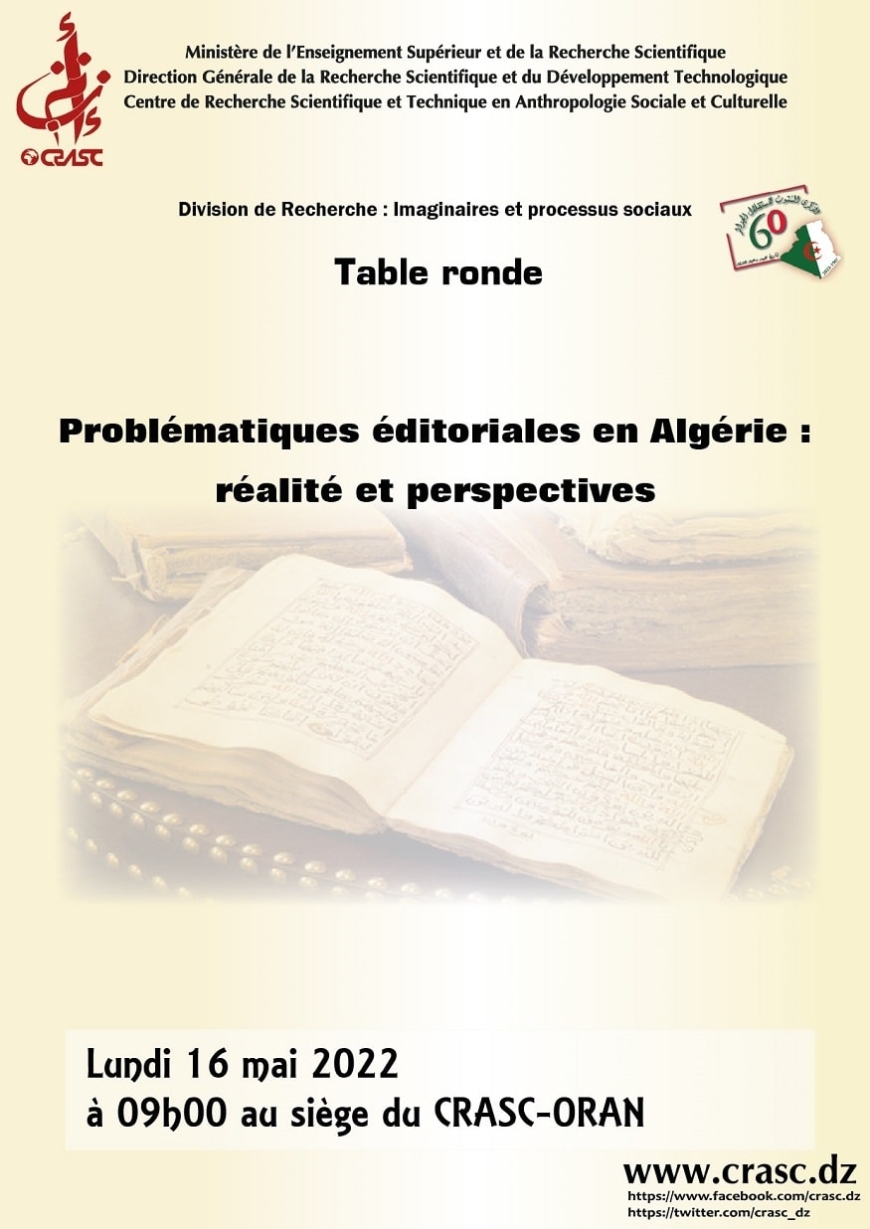 Literature, cinema and theater in algeria between past and present

Activity synthesis : Literature, cinema and theater in algeria between past and present 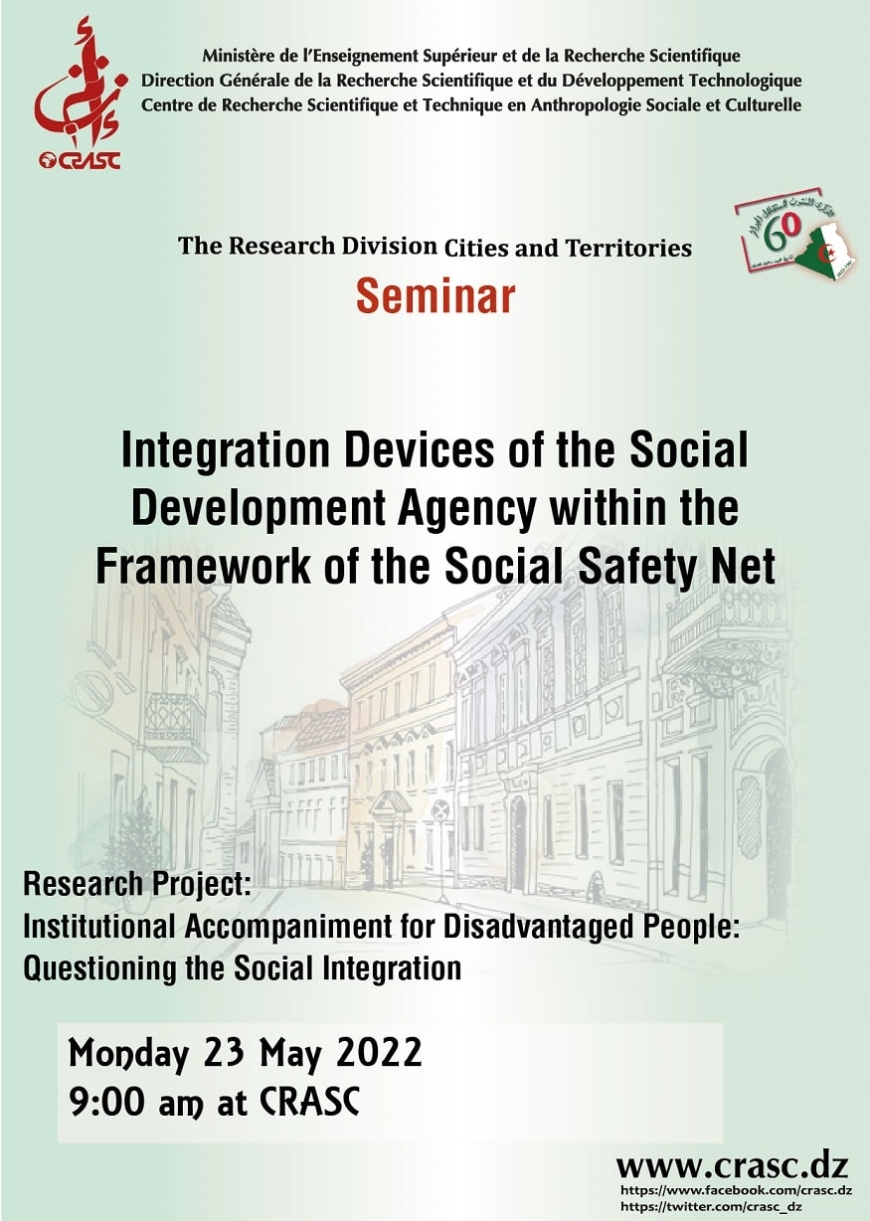 Urban renewal , one of the modern tools to intervene on the urban fabric in Algeria, the case of the city of constantine 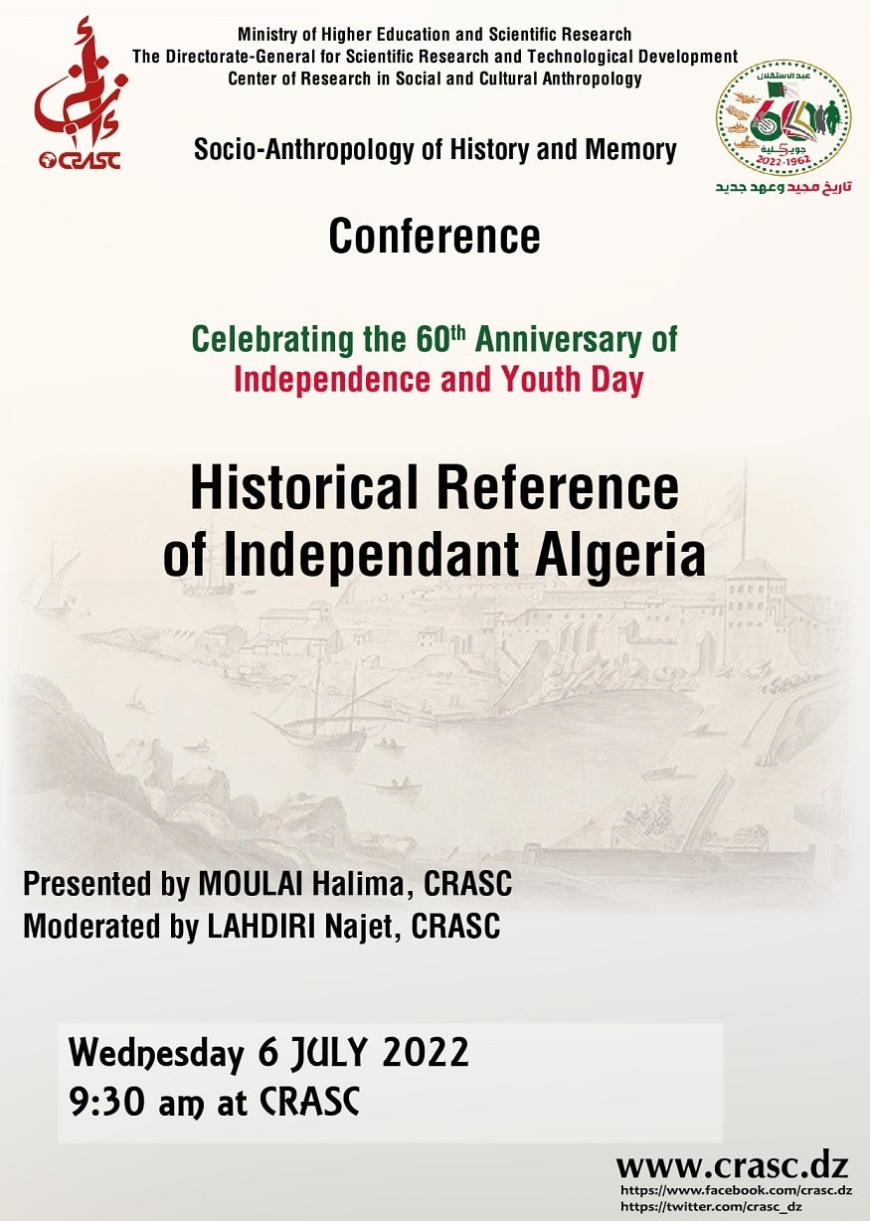 Seminar : Presentation of the progress of the project : Culture and political dynamism in the department of Oran during the first half of the 20th century (1900-1945)

Presentation of the progress of the project : Culture and political dynamism in the department of Oran during the first half of the 20th century (1900-1945).

Through this project, we try to develop a general perception of Algerian society between (1900-1945) in some of its social, religious, political and cultural aspects, by highlighting the efforts made culturally, politically and intellectually to face the colonialism, by highlighting the role of the elites as the main force that formed the Algerian national movement and its geographical distribution between the countryside and the city.

We will study a period of the cultural history of Algeria, and highlight the role of the Sufis and Zaouias who have

attempted to preserve and defend the historical and cultural achievements of Algerian society.

In this internal seminar, our objectuve is to present what has been achieved during this stage of the project.